In anticipation of the event, we did a few social media polls. The results were pretty even. 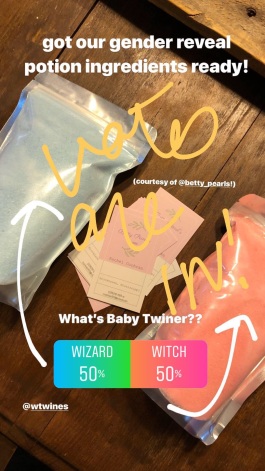 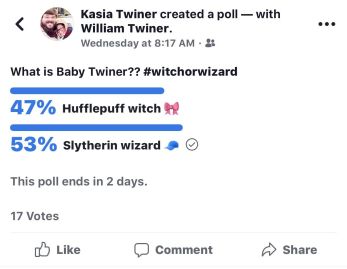 I gathered all of our Harry Potter paraphernalia to decorate the table and kept it simple with just some cupcakes with our house flags. The only thing we had to purchase was cupcakes, cupcake flags, and a cauldron. 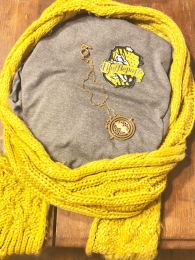 The potion ingredients were generously donated by my friend who makes Betty Pearl’s bath bombs.

(Logistics of the gender reveal “potion”: She gave us bath bomb fizzy powder in both colors. We used the color we didn’t need to practice. She also gave us a bag of white fizzy powder. In the cauldron (purchased on Amazon), we poured the appropriate color and then covered it with the white powder so no one could look in and spoil the surprise. Liquid Luck and Love Potion were just water. The water activated the fizz and it eventually bubbled over the more we poured.)

Pause and CLICK HERE before you keep scrolling to watch this amazing video that my cousin Zack and his wife Alyssa made for us for the big reveal!

It’s a GIRL!! We can’t wait to meet our sweet Magnolia Joyce! 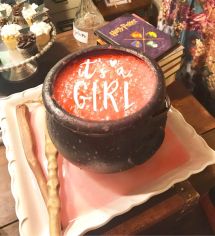 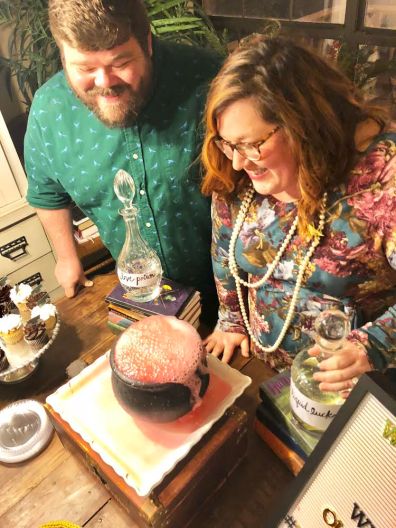