maternity clothes: its spring(ish)! this means I can wear all my dresses again, most of which still work with the pregnant belly. but of course still loving the official maternity clothes too.

symptoms: I experienced some swelling this weekend and now on and off if I don’t drink enough water. emotions are also high. backaches happen easier. but I really can’t complain.

cravings/aversions: nothing to speak of

movement: I mentioned that I thought I felt her, but after seeing how low she is on the ultrasound I don’t know if I did. what I felt was high. I could SEE her kicking on the ultrasound, but felt nothing!

sleep: I’ve been taking Benadryl at night to dry up whatever is making me cough, so that’s resulted in good sleep.

worries: our anatomy scan with the specialist really quieted some of my fears!

milestones: anatomy scan! that was a big one to get under our belts.

best moment this week: seeing baby girl move so much on the scan even though I couldn’t feel it. we also got a few smocked things at Little Feet consignment which was fun! 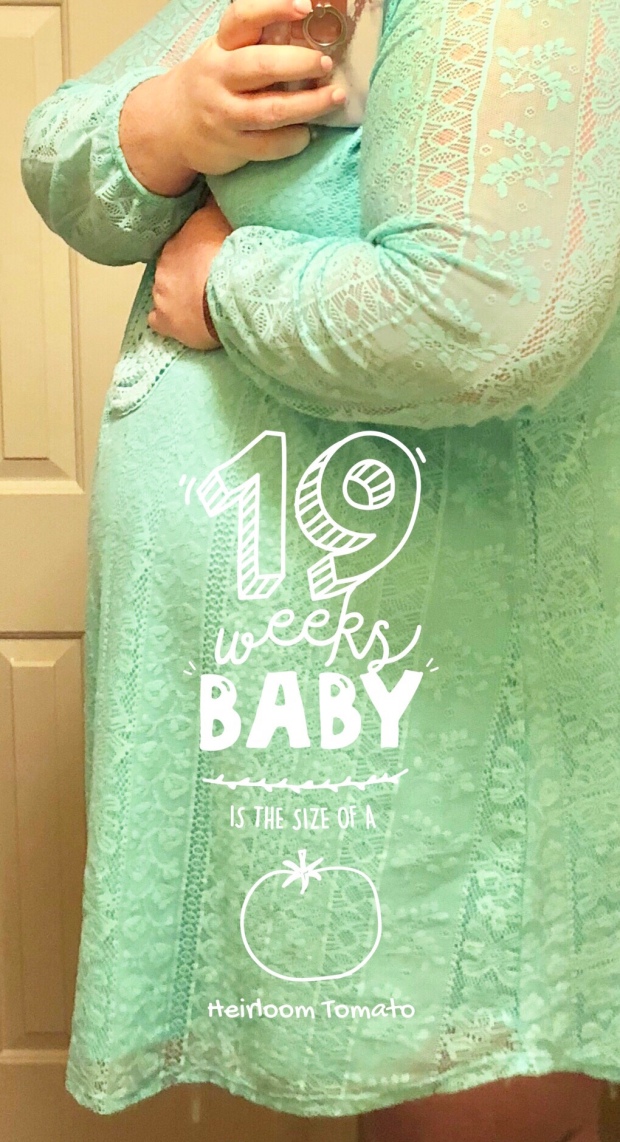 outfit: non-maternity dress from one of Belk’s plus brands.